The Eiffel Tower is a magnificent display of beauty and always evokes an emotion of romance. Since it is Valentine’s Day I thought it would be cool to post some public domain images of the Eiffel Tower, specifically some of the harder to find higher resolution images. And to go along with these awesome images, the story of how the Eiffel Tower (“Tour Eiffel” in French) came to be. Interesting to note is the fact that the tower was only supposed to stand for 20 years before being torn down. It was erected for the World Exhibition (also known as the Paris Exposition of 1889) commemorating the 100 year anniversary of the French Revolution in Europe.

Overcoming the Objections From the Neigh-sayers

All throughout France, many engineers and designers submitted designs and ideas for new ways to improve France. Of the many ideas, Gustave Eiffel’s design of the Eiffel Tower caught the most attention and was ultimately chosen to represent Frances independence from the rule of dictatorship 100 years earlier.

But his project triggered on outrageous reactions. The competing projects were much more classical. Its detractors thought that the iron tower built in the center of such a wonderful city would be horrid. Well known artists at the time, musicians, writers like Guy de Maupassant, architects such as Charles Ganier, the architect of the Opera Garnier, wrote an article published in the newspaper “Le Temps”, famous paper at the time,to protest against the building of this”obnoxious, vile, awful tower”.

Eventually Eiffel ’s project got the upper hand. Gustave Eiffel convinced the jury that iron was the appropriate material for his tower, not only would it be tough but it would also be light. After winning the contest, Eiffel had to take up the extraordinary challenge to build a 300 meters tower tall for the World’s Fair. What would become at it’s time, the tallest tower in the world that measuring 1,000 feet high.

The Construction of the Eiffel Tower

Work began in January 26th, 1887 with the digging of the Tower’s foundations, which were laid in four months. The construction was completed only twenty-one months later. All the elements were prepared in Eiffel’s factory in Levallois-Perret, on the outskirts of Paris. Each of the 18,000 pieces used to construct the Tower was specifically designed and calculated, traced out to an accuracy of a tenth of a millimeter and then put together to form new pieces, each measuring around five meters. On site, a team of builders, who had worked on the great metal viaduct projects, was responsible for the 150 to 300 workers who assembled this gigantic Meccano set.

All the metallic pieces on the Tower were fixed by rivet, this was a well known technique at the time of the construction. First, the pieces were assembled on site using bolts, later to be replaced one by one with thermally assembled rivets, which contracted during cooling thus ensuring a very tight fit. A team of four men was needed for each rivet assembled: one to heat it up, another to hold it in place, a third to shape the head and a fourth to beat it with a sledgehammer. Only a third of the 2.5 million rivets used in the construction of the Tower were inserted directly on site. The Tower was built with wooden scaffolds and small hoists directly fixed to the Tower. A total of 12 temporary wooden scaffolds (30 m in height) and four larger scaffolds (45 m in height) were used to assemble the first floor.

The journalist Emile Goudeau described the construction site at the beginning of 1889 accordingly:

“A thick cloud of tar and coal smoke seized the throat, and we were deafened by the din of metal screaming beneath the hammer.  Over there, they were still working on the bolts: workmen with their iron bludgeons, perched on a ledge just a few centimeters wide, took turns at striking the bolts. One could have taken them for blacksmiths contentedly beating out a rhythm on an anvil in some village forge, except that these smiths were not striking up and down vertically, but horizontally, and as with each blow came a shower of sparks, these black figures, appearing larger than life against the background of the open sky, looked as if they were reaping lightning bolts in the clouds.”

It took just two years, two months and five days to build the Eiffel Tower. Construction work began in January 1887 and was finished on March 31, 1889. A record speed considering the rudimentary means available at that time. The assembly of the Tower was a marvel of precision, as all the chroniclers of the period agreed. On the narrow platform at the top, Gustave Eiffel was awarded the Légion d’Honneur.

The Eiffel Tower saved from demolition

From the top of the tower, you can see for 80 kilometers around. While he was working in his office at the top Gustave Eiffel could enjoy the view. He had even settled a small room in which he could sleep, work and meet friends. To save his tower from destruction and to contradict all the detractors that said the tower was useless, Gustave Eiffel developed all sorts of scientific experiments starting with a meteorological lab on the third floor but actually it was wireless transmission that saved the tower from demolition.

The first contract planned a 20 year-concession after which the tower could have been dismantled. Thanks to the development of the radio, people realized it could be used as an antenna. That was how Radio Tour Eiffel was born in 1921 and that from 1935 onwards the first TV shows were broadcast from there. To this day it is still used as a relay antenna for radio and TV channels in the Parisian area.

Here are some incredible public domain images of the Eiffel Tower. 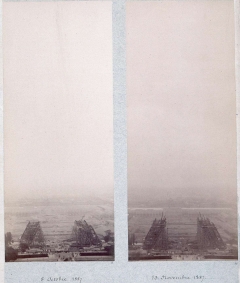 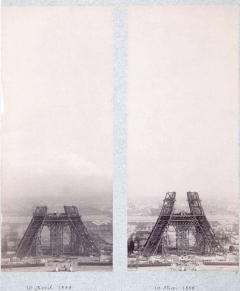 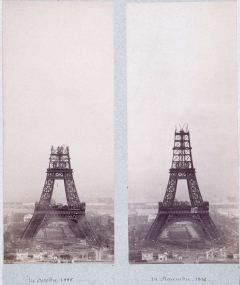 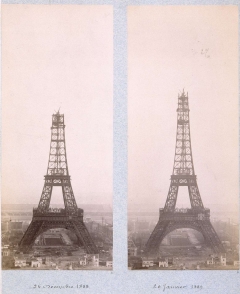 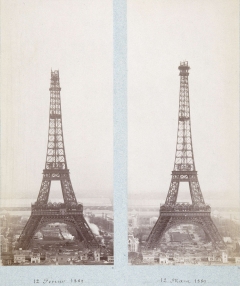 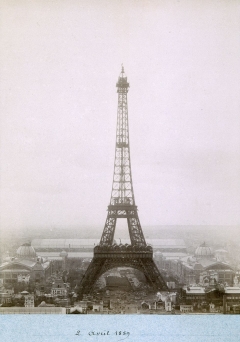 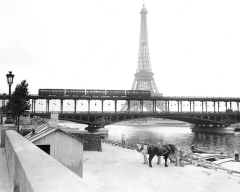 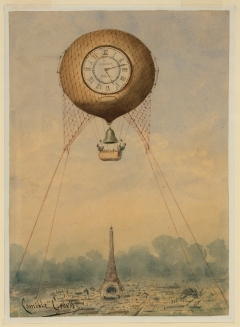 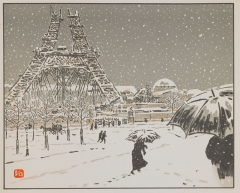 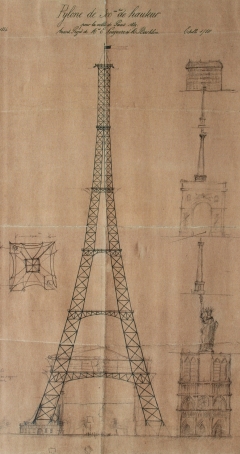 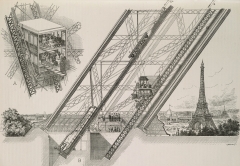 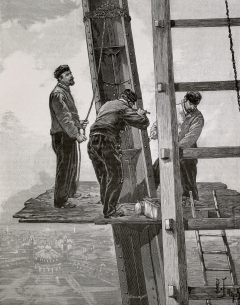